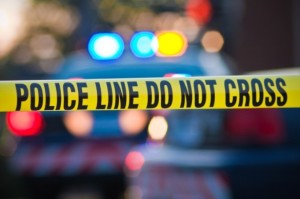 According to police, the man who held his girlfriend hostage at the Country Meadows mobile home complex last night surrendered peacefully around 12:30 a.m.

The incident started around 3:30 p.m. on Monday when the unidentified man told police he would shoot his girlfriend if they tried to gain entry into the house. Huron Township Police and The Downriver Mutual Aid Task Force responded with a SWAT team and a negotiator.

Following hours of negotiation, police were able to get him to come out of the home and at that point, the man was taken into custody.

The victim only had minor injuries, and no other injuries were reported.

The Huron Township Police Department is in the process of resolving a dispute between a boyfriend and girlfriend at the Country Meadows mobile home complex on Will-Carleton Road.

According to Huron TWP Police Lieutenant Gary Dockter, “The male has made threats to harm his girlfriend if the police try to make entry into the home.”

“At this time we have no information that children are in the home,” said Lieutenant Dockter.

Lieutenant Dockter said that Huron Township Police is working together with the Downriver Mutual Aid Taske Force and that a negotiator is in contact with the suspect.

“We are attempting to revolve the situation in a peaceful manor,” said Lt. Dockter.

The Huron Hub will be updating this story as it unfolds. Check back for the latest information.