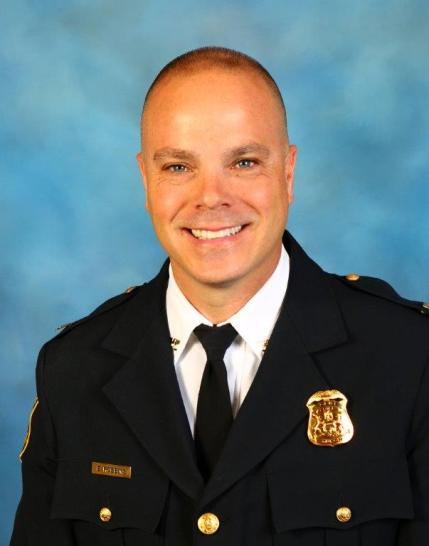 The woman who made the allegation posted false information in her post, according to Everette Robbins, director of public safety.

Robbins said after meeting with the driver, she agreed to post a public apology and explain what actually happened.

The driver did not post an apology, and Robbins said he needed to clear up the issue because he was receiving calls from concerned residents about the possible police impersonator.

“This past Sunday, December 13th, 2020 at approximately 8:00a.m., the Huron Township Deputy Police Chief was ON DUTY in his undercover police department owned vehicle. This vehicle is equipped with complete emergency lighting as consistent with all unmarked investigative vehicles,” Robbins said in a Facebook post.

He added: “The Deputy Chief was traveling southbound on Waltz Road. Road conditions were wet and there was frost on the ground. As he travelled, a vehicle approached his vehicle, also southbound, at a high rate of speed. The vehicle passed his vehicle in a careless manner at a rate of speed much higher than the posted speed limit. Out of concern for the driver’s safety, as well as the safety of other drivers on the road, the Deputy Chief felt it was necessary to initiate a traffic stop on the vehicle. Immediately upon making contact with the driver, the Deputy Chief identified himself and told the driver that he was employed with the Huron Township Department of Public Safety.”

“He further advised the driver why they were being stopped. Although argumentative, the driver indicated that they had her small child inside the vehicle and was running late to drop the child off with family. They admitted to exceeding the speed limit,” Robbins said.

“To avoid them being uncomfortable about who he was, he advised the driver to call our Emergency Dispatch Center to confirm his identity. The driver did in fact call the Huron Township Emergency Dispatch Center and confirmed the Deputy Chief’s identity as well as his vehicle description. The driver continued to be argumentative throughout stating they were running late. He ultimately released the driver at the scene with the hopes that it would be a learning experience,” he said.

After seeing the post from the driver on social media, Robbins said he met with her personally.

“It was inferred in the post that the driver was unclear whether or not it was a “real” police officer and that the person refused to identify themselves. It was obvious from the post and from subsequent phone calls that I received that this caused fear and concern in the community. I immediately began an internal investigation regarding this incident so that I could inform the community accurately as to what happened. It should be noted that I, nor any of our command staff, ever received a call from the driver or anyone associated with them to discuss the reality of this incident. We can all draw our own conclusions as to why that is,” Robbins said.

“I personally met with the driver yesterday. The driver admitted that the Deputy Chief DID identify himself. The driver did admit that they were not completely truthful in the content of their social media post. The driver admitted driving in a careless manner. One thing we agreed on was that the driver and their son were in danger, NOT from the actions of our Deputy Chief performing his duties, but from the driver’s actions while they were driving. They agreed to do a post to the community that told the truth on the same social media site where they originally posted the dishonest statement on. They further agreed to apologize to the community for spreading unnecessary fear. In fairness, I gave them 24 hours to correct their wrongs, but they have chosen so far not to stand by what they said they would do to make this right. So, I felt it was important to write this post to inform our community that we do NOT have a fake police officer as inferred on Sunday.”