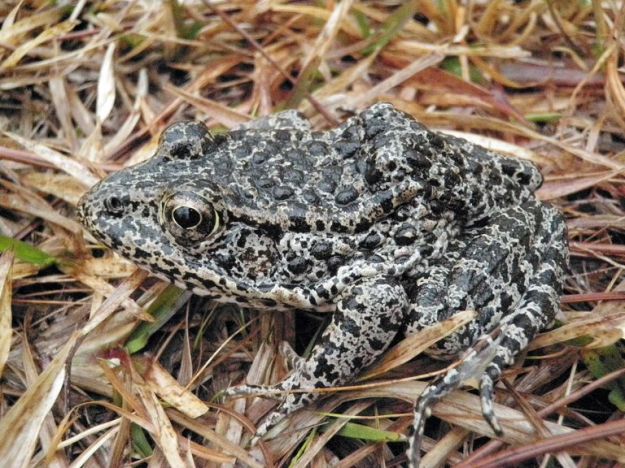 The dusky gopher frogs bred at the Detroit Zoo’s National Amphibian Conservation Center and were released in Mississippi this month as part of a cooperative program to restore a wild population of the endangered species. (Photo: John A. Tupy/U.S. Department of Agriculture)

Here’s something nice to read about: The Detroit Zoo recently released 170 dusky gopher frogs into the wild.

Chalk it up as a win for Mother Nature, because these frogs are critically endangered amphibians.

“This event marks the third time Detroit Zoo-born dusky gopher frogs were returned to the species’ native habitat in the Mississippi’s Ward Bayou Wildlife Management Area. The first two releases occurred in 2018 and 2019, which gave 130 Detroit Zoo-born frogs the opportunity to make their way into the wild,” a statement from The Detroit Zoo said.

The frogs bred at the Detroit Zoo’s National Amphibian Conservation Center and were released in Mississippi this month as part of a cooperative program to restore a wild population of the endangered species.

This year’s frogs were sent to Memphis, where they joined other captive-bred dusky gopher frogs from Memphis Zoo and Omaha’s Henry Doorly Zoo and Aquarium before being released in Mississippi.

All of the released amphibians are tagged with identification to track their survival.

“DZS staff weren’t there for the frogs’ release this year due to COVID-19 precautions, but we know that our efforts here in Detroit are helping to ensure that these frogs will soon thrive in their natural habitat,” said Dr. Ruth Marcec-Greaves, director of the National Amphibian Conservation Center at the Detroit Zoo.

Once abundant throughout Louisiana, Mississippi and Alabama, dusky gopher frogs are nearly extinct. This species is among the most endangered species in the world, according to the International Union for the Conservation of Nature.

“With nearly half of the world’s 8,000 plus amphibian species threatened with extinction due to habitat loss, climate change, pollution, infectious diseases and other factors, bolstering the population of these amphibians in their natural environment is critical to their survival,” Marcec-Greaves said.

Dusky gopher frogs (Lithobates sevosus) — formerly known as Mississippi gopher frogs — are medium-sized frogs that are black, brown or gray with dark spots and ridges along their backs. Their skin is covered with bumpy glands that secrete a coating that protects their skin.

When picked up, they cover their eyes with their forefeet, possibly to protect their faces until predators taste their bitter, milky skin secretions and drop them. They have loud, guttural calls that sound like snoring.

The dusky gopher frogs at the Detroit Zoo’s National Amphibian Conservation Center live in special bio-secure rooms behind the scenes and are not viewable to the public.

“The Zoo population is critical insurance against extinction until the species can be adequately protected in the wild and suitable locations are found for release,” the Zoo said.