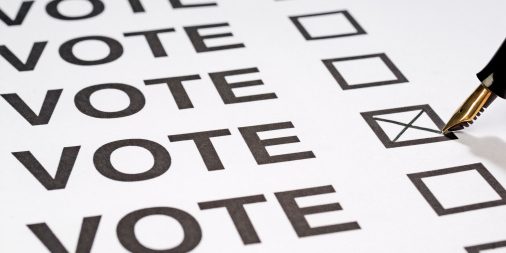 Presidential primary candidates have dropped out of the race as we head closer toward the March 10 primary election.

The original absentee ballots were printed with a total of 19 candidates on the primary ballot — 15 Democrats, current President Donald J. Trump, and three other Republicans.

If you voted absentee for one of the candidates who dropped out, you can still re-vote.

The Huron Hub asked Huron Township Clerk Jeremy Cady what a voter should do if they want to spoil their ballot and re-vote.

Here is his response:

The voter needs to contact my office to work out bringing us their spoiled ballot or having us spoil the ballot they already turned in. We can then issue a new one, except for on Election Day, those ballots can not be removed from the absentee voter counting board. Have them contact us with any questions at 734-753-4466 ext 130 or 132.