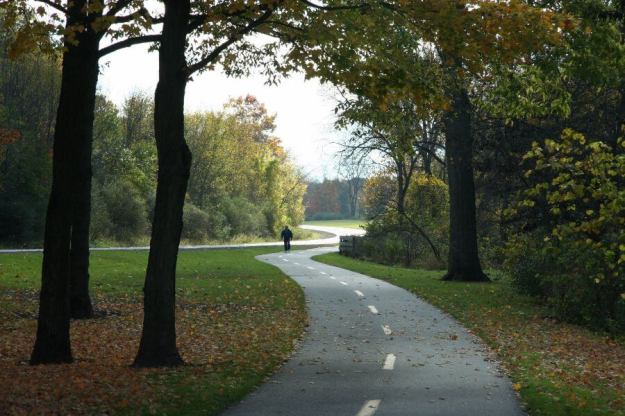 Lower Huron Metropark a 1,256-acre park located in southwest Wayne County. It is one of 13 parks owned and managed by Huron-Clinton Metroparks. (Photo: Metroparks)

The projects would be funded by the Michigan Department of Natural Resources Recreation Grants program.

Lower Huron Metropark is one of thirteen Metroparks owned and managed by HCMA. It is a 1,256-acre park located in southwest Wayne County. These projects are three of four grant projects HCMA will submit to the MDNR and all four will help realize several goals throughout the park system identified in the park Master Plans adopted by HCMA Board of Commissioners in 2016.

The public is invited to review the proposals for the site plans on the Metroparks website.

If awarded these grant funds, the following projects would be completed at Lower Huron
Metropark:

The development of an off-leash dog area at the Tawata Trace Trail area. Nestled within
a bend of the Huron River, the off-leash dog area would re-activate the location of the
former par 3 golf course using universal design principles and include:

Campground improvements at Walnut Grove Campground. The park is one of two
Metroparks with a public campground. Situated near Tulip Tree Picnic Area, it provides
easy access to picnicking, fishing and the popular water facility – Turtle Cove.
Improvements would include:

Known as Michigan’s showcase trail, it utilizes many of the state’s existing hike-bike paths, bike lanes, and biking routes and other planned trail segments.

The proposed project involves constructing a 10 foot wide universal accessible asphalt
trail segment that re-aligns the Iron Belle Trail at the north end of Lower Huron to
connect with a future segment west to Belleville, Ypsilanti, and Ann Arbor. The project is
the result of an ongoing collaboration with other communities and organizations
dedicated to implementing the regional Border-to-Border Trail system located in nearby
Washtenaw County.

Input and comments on all projects will be accepted via email to Jay Bibby at Jason.Bibby@metroparks.com from February 24 through March 6, 2020.