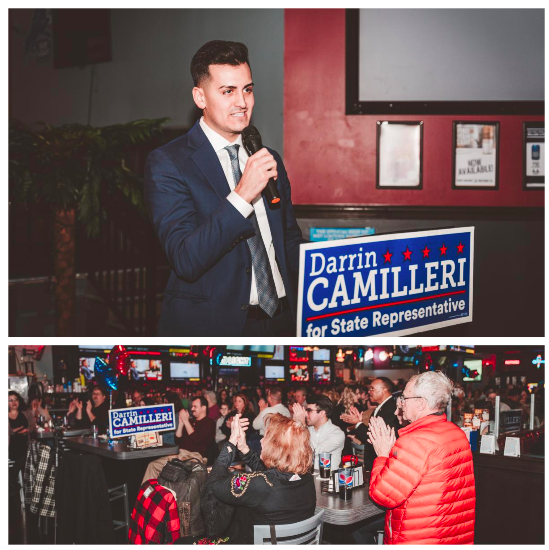 State Rep. Darrin Camilleri (D-Brownstown) was joined by over 250 supporters Sunday at Champions Sports Grill in Brownstown where he kicked off his third and final bid for state representative in the 23rd House District.

“It’s been over four years since we began this improbable journey to elected office,” said Camilleri. “To be joined by over 250 supporters in my hometown was nothing short of humbling. I’ve never been more ready to continue representing our Downriver community, and I’m so excited to keep up this fight for all of us.”

Camilleri, a former teacher who backs public education, labor, and the environment, was joined by Lt. Gov. Garlin Gilchrist as well as other elected officials from across the region and supporters of all ages and backgrounds.