The opening of the restaurants are the second phase of a $21 million dining redevelopment plan that includes 15 food and beverage businesses — some of which are Metro Detroit staples.

“Detroit Metropolitan Airport is known for its many dining options,” said Wayne County Airport Authority CEO Chad Newton. “We are pleased to offer new concepts and even more choices for those traveling through our North Terminal. DTW is consistently being recognized for its terminal facilities, and our concessions are a key reason why. I’m confident our customers will enjoy the fresh appeal of our newest locations.” 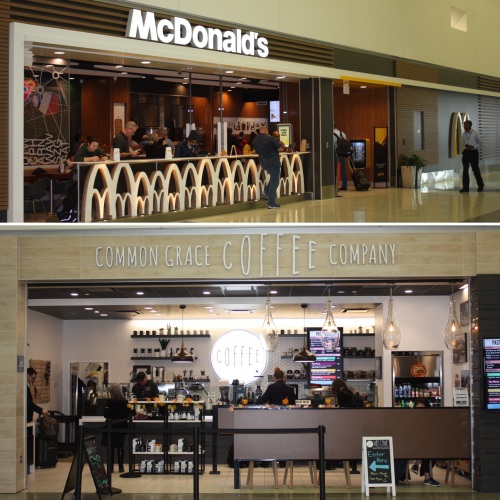 “National Coney Island is thrilled to be an ongoing partner with WCAA, and to open a new location in the North Terminal at Metro Airport,” said National Coney Island CEO Tom Giftos. “We are a Detroit-based brand that has always taken a tremendous amount of pride in our name and our presence here in Southeast Michigan. To be a part of the airport, which is a gateway to our city, is very special. As air travel continues to evolve in the coming years, we hope to bring a renewed spirit to the terminal and be an integral component of the world-class concessions program at Detroit Metro.”

The Airport Authority says to ensure a variety of food options are available for customers at all times, the transformation is divided into four phases.

The third phase of the redevelopment, which includes Pei Wei, Brioche Dorée, Chick-Fil-A and Anita’s Kitchen, is expected to be completed this winter.