The meeting was held at Tony’s Coney Island and Grill on Nov. 13 and was not announced to local media ahead of time.

During the meeting, Whitmer was joined by State Rep. Darrin Camilleri (D-Brownstown) and the two discussed a recent proposal by Whitmer to expand overtime eligibility for Michigan workers.

“As the law stands right now, far too many Michigan workers are not guaranteed overtime pay when they put in extra hours at work,” said Camilleri. “The governor is taking bold steps to ensure Michiganders are fairly compensated for a hard day’s work. This has the potential to help thousands of families achieve the financial security they need to support themselves, and I look forward to doing all I can support this initiative with my work in the Legislature,” Camilleri said.

Recent changes in federal law are set to extend overtime pay rights to workers making up to $35,500, but even then less than one in six Michiganders will benefit, a statement from Camilleri said.

If enacted, Whitmer’s proposal would raise that threshold to $61,000.

Also participating in the discussion were state Reps. Mari Manoogian (D-Birmingham), Matt Koleszar (D-Plymouth) and representatives from the Michigan Department of Labor and Economic Opportunity, as well as two residents who would be affected by the proposed change. 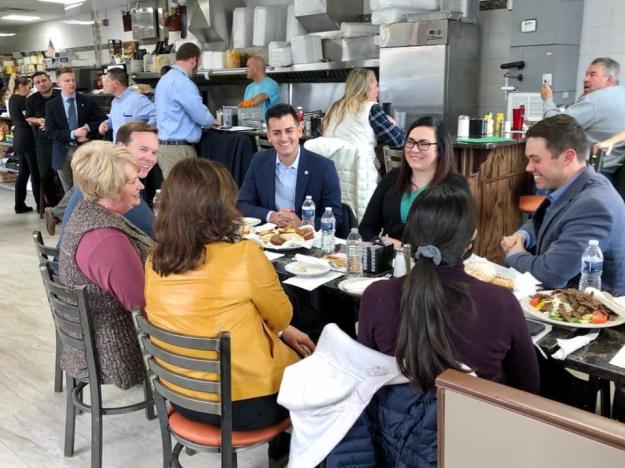