Camilleri’s House Bill 5191 would designate regular election days in May, August, and November as state holidays.

The package would also encourage employers to allow their employees to take at least a half-day of paid leave to ensure they have the opportunity to vote.

“Voting is at the very foundation of our democracy—it’s our best tool to hold our elected officials accountable and chart a new course for the future,” said Camilleri. “But even today, many people can’t exercise this fundamental right in a meaningful way because they can’t get the time off work. With this legislation, we have an opportunity to expand access to voting in Michigan by ensuring that residents can fulfill their civic duty without jeopardizing their job or financial security.”

According to a joint statement from the representatives, several states have already declared election days as civic holidays, while others require employers to allow employees to take paid leave time in order to vote.

Manoogian and Camilleri said they believe their package will make it easier for Michigan residents to reach the ballot box. 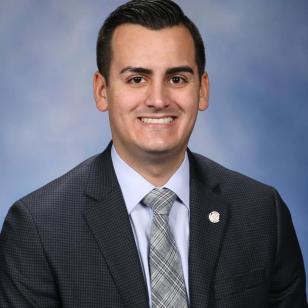 “Every citizen who wishes to vote should be able to. For Americans working multiple jobs to support themselves and their families, it can be impossible to find the time to vote,” said Manoogian. “This resolution urges Congress to make Election Day in November a holiday, giving citizens more flexibility to vote, ensuring that our government is truly representative of its people.”

“In the United States, voting is the most important civic duty entrusted to the people by the Constitution. It is what allows the elected representatives to respond to the will of the people, and holds elected officials accountable for their actions,” said state Rep. Robert Wittenberg (D-Huntington Woods), who co-sponsored the package. “By passing this resolution and making voting day a national holiday, the government is sending the message that the election process, and each vote, matters.”