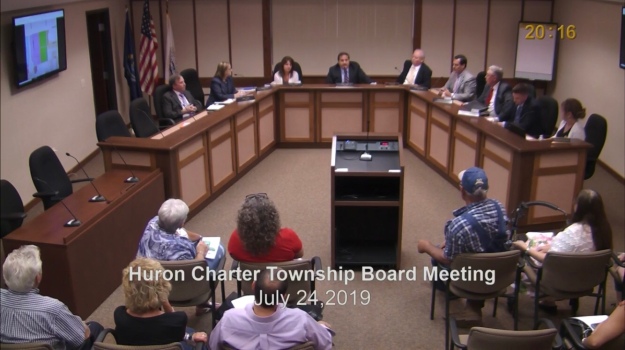 The future of the Pinnacle property was discussed during Wednesday’s Board of Trustees meeting.

Khalil Rahal, assistant Wayne County executive, gave a presentation on the property and essentially laid out the reasons why Wayne County is leaning toward supporting one of two developers who responded to and, in the county’s eyes, meets the qualifications necessary to be a successful development.

That developer is Hillwood, a firm based in Texas with industrial and residential experience.

The county says Hillwood has a plan for a mixed use development including commercial, office, hotel, restaurant and retail.

The percentage of industrial to commercial business in the mixed use is still in the works.

The other developer, New E.R.A Community Group, Inc., is a nonprofit organization that wants to build a mostly outdoor sports complex on the property.

Concerns over whether New E.R.A. has the available funding to buy and develop the property was among the main reasons why the board, and the county, are hesitant to support the group’s plans.

These concerns were discussed during the meeting.

The Huron Hub will publish details on that meeting when it’s announced.

If you are a resident concerned about the future of the Pinnacle area and the community as a whole, the nearly two hour long meeting is worth watching.

Here is a link to watch the meeting online