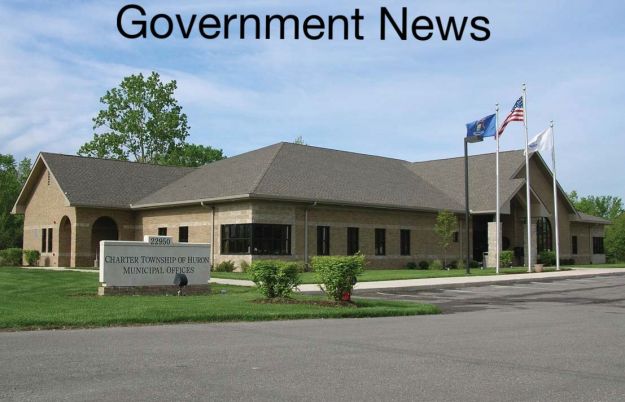 Hillwood Investment Properties, a Texas-based real estate developer, joined the Huron Township Board of Trustees Wednesday morning to discuss a proposal for the Pinnacle site.

During the meeting, which began at 10 a.m. and continued thorough the afternoon, and was still ongoing at the time this article was published,  the developer proposed a rough sketch of what a possible development at the Pinnacle area might look like.

The sketch, referred to at the meeting as a “bubble chart” is made up of mostly large buildings but also includes a gas station, hotels, and some retail.

Residents and community members voiced concerns related to a possible trucking and transportation development during the meeting.

Most residents who spoke during the meeting opposed any sort of trucking development.

Traffic and road conditions were a common reason voiced by residents as to why many opposed a trucking development.

Some voiced that a development that benefits residents of the township would be more suitable for the location.

At the start of the meeting, Supervisor David Glaab gave the audience of well over 30 people a brief history of the Pinnacle area.

“The Pinnacle area has been delinquent in taxes for many years,” Glaab said.

Property taxes, according to Glaab, were not being paid by the original land owner, which led Wayne County to begin a RFQ (request for qualifications) process that would give outside developers a chance to purchase the land.

Glaab said more than 1,000 entities were interested in the process, which was run by Wayne County.

The RFQ process reviewed applications for two things: do they have financial stability to actually follow through with plans, and did they have the means to develop the property per their plan.

Two applicants presented info to the county, one of them being Hillwood developers, Glaab said.

The other was a possible multi-use sports complex company who has yet to speak publicly on their proposal.

Whoever takes over the land will have to pay the back taxes in full.

The land will also have to be rezoned by the board for development to take place.

“If there isn’t a party that purchases the property during this process, the property will be offered at auction by the Wayne County treasurer,” Glaab said. “Anyone could purchase the property for the amount of the back taxes and do whatever with it.”

Glaab said that is not an ideal situation because the township would not know the intentions of an entity if they buy the land through auction.

Wednesday’s discussions were for informational purposes, and that no decisions were made during the meeting.

Hillwood, according to their website, is a full-service industrial real estate developer, investor and advisor focusing on institutional grade industrial properties.

The company originated in 1998 and was launched by Ross Perot, Jr., a 1992 presidential candidate, as a platform to develop and acquire industrial properties in locations other than its flagship property, AllianceTexas, in Fort Worth Texas.

The Huron Hub will continue to update this story