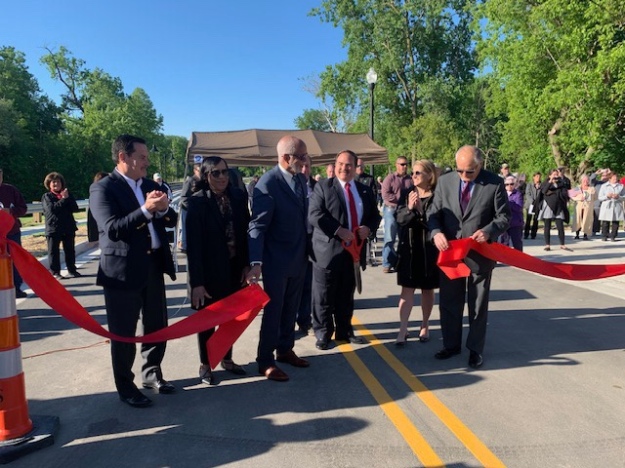 The most anticipated day in recent history in Huron Township has arrived.

After being closed for over two years, the Waltz Road Bridge in downtown New Boston is reopen for traffic.

“While the bridge replacement project imposed significant challenges for local businesses and served as an impediment for local traffic, it is now time to reap the long-term benefits of this significant infrastructure investment in our community,” said Huron Township Supervisor David Glaab in a statement about the opening of the bridge.

A ribbon cutting was hosted by the township at the bridge Monday morning.

Wayne County closed the former 93-year-old bridge on June 1, 2017 after an inspection found the bridge bearings had deteriorated to the point that it was deemed unsafe to keep open.

In the statement, Glaab credited County Commissioner Al Haidous, County Executive Warren Evans and his DPS Director Beverly Watts working with the township to secure a timely replacement of the bridge. 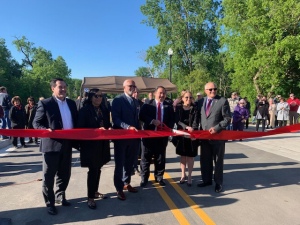 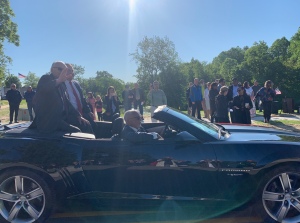 Glaab, Evans and Haidous go for the first ride across the bridge. (Photos: Wayne County)

“The new bridge was carefully designed to include a pedestrian walkway as well as a bicycle lane that connects with the very popular Lower Huron Metropark hike/bike trails,” Glaab said.

At night, the bridge will be a bright spot in town.

“The architectural light fixtures will not only illuminate the roadway, but add a charming accent to the understructure as well,” Glaab said.

Toebe Construction, LLC of Wixom, was awarded the contract to reconstruct the Waltz Road Bridge in August 2018.

For more, check out the Huron Hub’s coverage of the bridge closure and construction project: