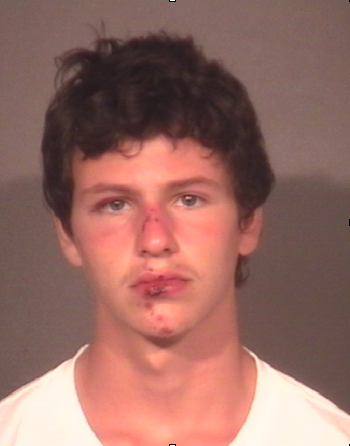 A police booking photo shows Stacy Rose, 18, after he was taken into custody for stabbing and killing a Huron Township father on July 30. Rose was charged with involuntary manslaughter and was sentenced Wednesday morning to 10 to 15 years. Photo courtesy of Huron Township Department of Public Safety.

A Taylor man was sentenced Wednesday morning after he was found guilty of involuntary manslaughter in connection with the stabbing death of a Huron Township father during an altercation at Huron Estates mobile home community on July 30.

Stacy Rose, 18, will serve 10 to 15 years in prison. He was initially found not guilty of first degree murder but was then found guilty of involuntary manslaughter by a jury.

Rose arrived to the mobile home community durning the evening hours of July 30 with a group of friends and stabbed Huron Township resident Robert Briscoe.

Briscoe, according to reports, was attempting to protect his son during the incident, which was believed to have been started by Rose.

Briscoe was stabbed when he stepped in between his son and Rose.