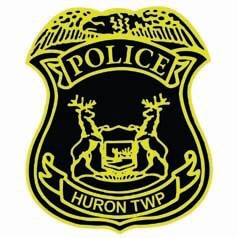 Huron Township police say there has not been a rash of dog thefts in the township after a Facebook post was made by a resident claiming that a suspicious incident occurred over the weekend involving a blue van driving down Mineral Springs whistling at dogs.

Public Safety Director Everette Robbins says his dispatch center has been blowing up with calls related to the incident, and that to his knowledge, there have been no reports of stolen dogs in the area.

During the time, the resident’s dog and other dogs living nearby were barking at the van, the resident said in the post.

The husband believed the people in the van were trying to attract dogs, the post said.

The post also claimed that a Huron officer responded to the area and told the resident that a rash of dog thefts had occurred recently.

According to Robbins, the residents never called police at the time the alleged incident occurred, but after seeing the Facebook post Monday morning, Robbins reached out to the residents to talk about the situation.

“The man told his wife what happened, and apparently she took to Facebook and made a post about it,” Robbins said.

“The resident said that he heard what he assumed was a dog whistle in his ear,” Robbins said.

“The driver made no gestures or actions that led the resident to believe he was stealing dogs.”

Robbins said that the only report of any dog-related incidents recently in the township was one where a resident chained her dog to a post Friday in the Huron Estates mobile home complex.

That resident then briefly left the area, and when she came back, the dog was gone and the chain was still on the post, according to Robbins.

Police cannot confirm if that dog just got away on its own, or if it was taken.

“Residents should check our Facebook page for the most credible information if something is occurring.”

This article has been updated